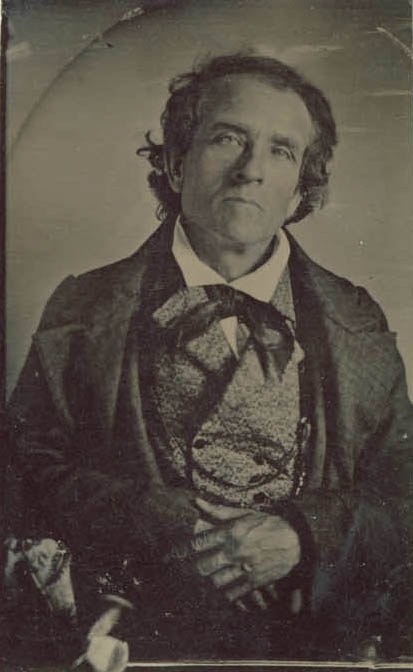 Provided by Wikipedia
Theodore Dwight Weld (November 23, 1803 – February 3, 1895) was one of the architects of the American abolitionist movement during its formative years from 1830 to 1844, playing a role as writer, editor, speaker, and organizer. He is best known for his co-authorship of the authoritative compendium ''American Slavery As It Is: Testimony of a Thousand Witnesses'', published in 1839. Harriet Beecher Stowe partly based ''Uncle Tom’s Cabin'' on Weld's text; the latter is regarded as second only to the former in its influence on the antislavery movement. Weld remained dedicated to the abolitionist movement until slavery was ended by the Thirteenth Amendment to the United States Constitution in 1865.

According to Lyman Beecher, the father of Harriet Beecher Stowe, Weld was "as eloquent as an angel, and as powerful as thunder." His words were "logic on fire".

Weld "is totally unknown to most Americans".