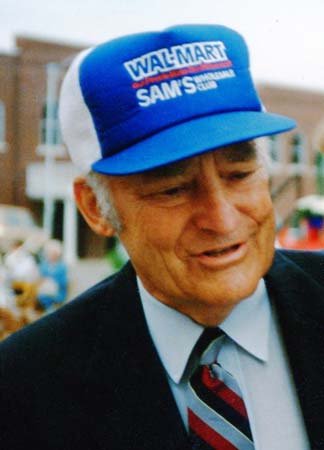 Provided by Wikipedia
Samuel Moore Walton (March 29, 1918 – April 5, 1992) was an American businessman and entrepreneur best known for founding the retailers Walmart and Sam's Club. Wal-Mart Stores Inc. grew to be the world's largest corporation by revenue as well as the biggest private employer in the world. For a period of time, Walton was the richest man in America.
Loading...