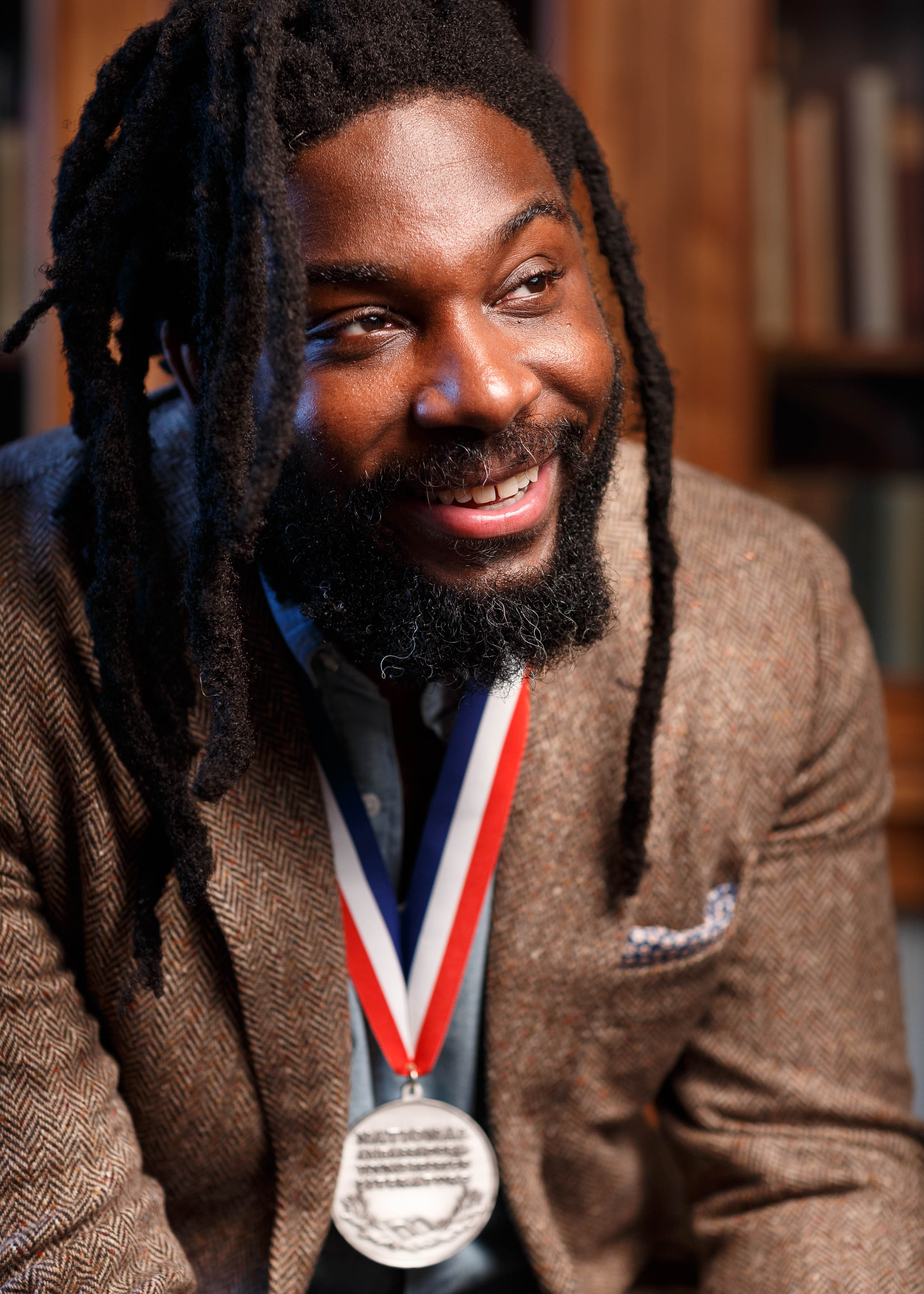 Provided by Wikipedia
Jason Reynolds (born December 6, 1983) is an American author of novels and poetry for young adult and middle-grade audiences, including ''Ghost'', a National Book Award Finalist for Young People's Literature, and ''Look Both Ways'', a Carnegie Medal winner.

Born in Washington, D.C. and raised in neighboring Oxon Hill, Maryland, Reynolds found inspiration in rap and began writing poetry at nine years old. His reading and writing focused on poetry for about 20 more years; he was 17 before he read his first novel cover to cover. He published several poetry collections before publishing his first novel in 2014, ''When I Was The Greatest'', which won the Coretta Scott King/John Steptoe Award for New Talent.

In 2017, Reynolds returned to poetry with ''Long Way Down'', a novel in verse that was named a Newbery Honor book, a Printz Honor Book, and best young adult work by the Mystery Writers of America's Edgar Awards.

Reynolds was named as the Library of Congress' national ambassador for young people's literature in January 2020. It's a two year position to increase appreciation of youth literature. Reynolds is featured in a YouTube series entitled "[https://guides.loc.gov/jason-reynolds/grab-the-mic/wrr Write. Rite. Right.]" where he engages with young writers in an attempt to give them writing prompts to stretch their imagination and to learn to write authentically.