If I were boss : the early business stories of Sinclair Lewis / edited and with an introduction by Anthony Di Renzo.
by Lewis, Sinclair, 1885-1951.
Published 1997
Call Number: Loading...
Located: Loading...
Book Loading... 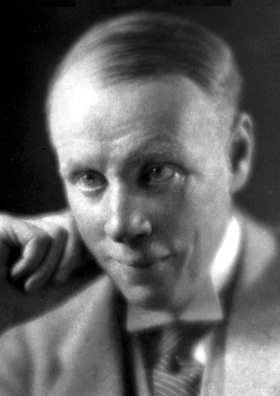 Provided by Wikipedia
Harry Sinclair Lewis (February 7, 1885 – January 10, 1951) was an American writer and playwright. In 1930, he became the first writer from the United States (and the first from the Americas) to receive the Nobel Prize in Literature, which was awarded "for his vigorous and graphic art of description and his ability to create, with wit and humor, new types of characters."

His works are known for their critical views of American capitalism and materialism in the interwar period. He is also respected for his strong characterizations of modern working women. H. L. Mencken wrote of him, "[If] there was ever a novelist among us with an authentic call to the trade ... it is this red-haired tornado from the Minnesota wilds."