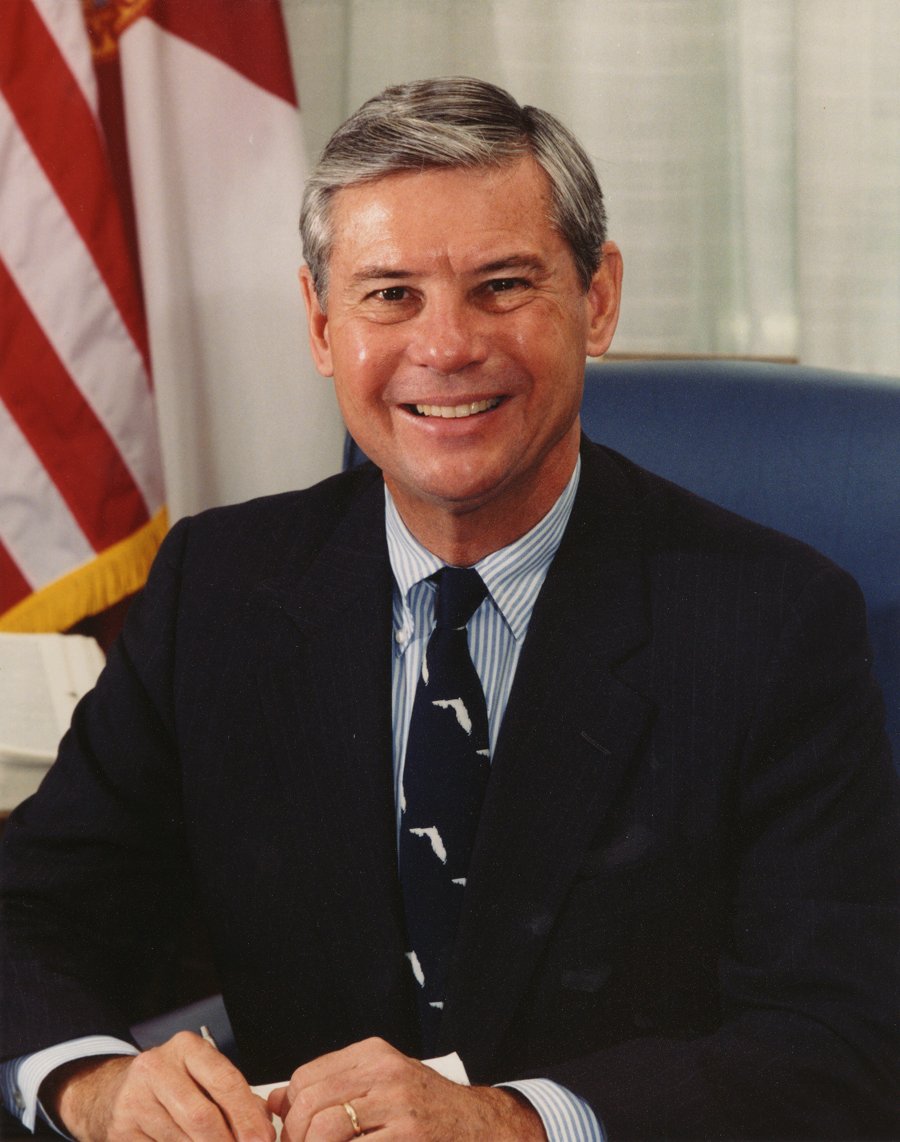 Provided by Wikipedia
Daniel Robert Graham (born November 9, 1936) is an American politician and author who served as the 38th governor of Florida from 1979 to 1987 and a United States senator from Florida from 1987 to 2005. He is a member of the Democratic Party.

Born in Coral Gables, Florida, Graham won election to the Florida Legislature after graduating from Harvard Law School. After serving in both houses of the Florida Legislature, Graham won the 1978 Florida gubernatorial election, and was reelected in 1982. In the 1986 Senate elections, Graham defeated incumbent Republican Senator Paula Hawkins. He helped found the Democratic Leadership Council and eventually became Chairman of the Senate Intelligence Committee. Graham ran for the 2004 Democratic presidential nomination, but dropped out before the first primaries. He declined to seek reelection in 2004 and retired from the Senate.

Graham served as co-chair of the National Commission on the BP ''Deepwater Horizon'' Oil Spill and Offshore Drilling and as a member of the Financial Crisis Inquiry Commission and the CIA External Advisory Board. He works at the Bob Graham Center for Public Service at his undergraduate alma mater, the University of Florida. He also served as Chairman of the Commission on the Prevention of WMD proliferation and terrorism. Through the WMD policy center he advocates for the recommendations in the Commission's report, "World at Risk." In 2011, Graham published his first novel, the thriller ''The Keys to the Kingdom''. He has also written three nonfiction books: ''Workdays: Finding Florida on the Job,'' ''Intelligence Matters'', and ''America: The Owner's Manual''.