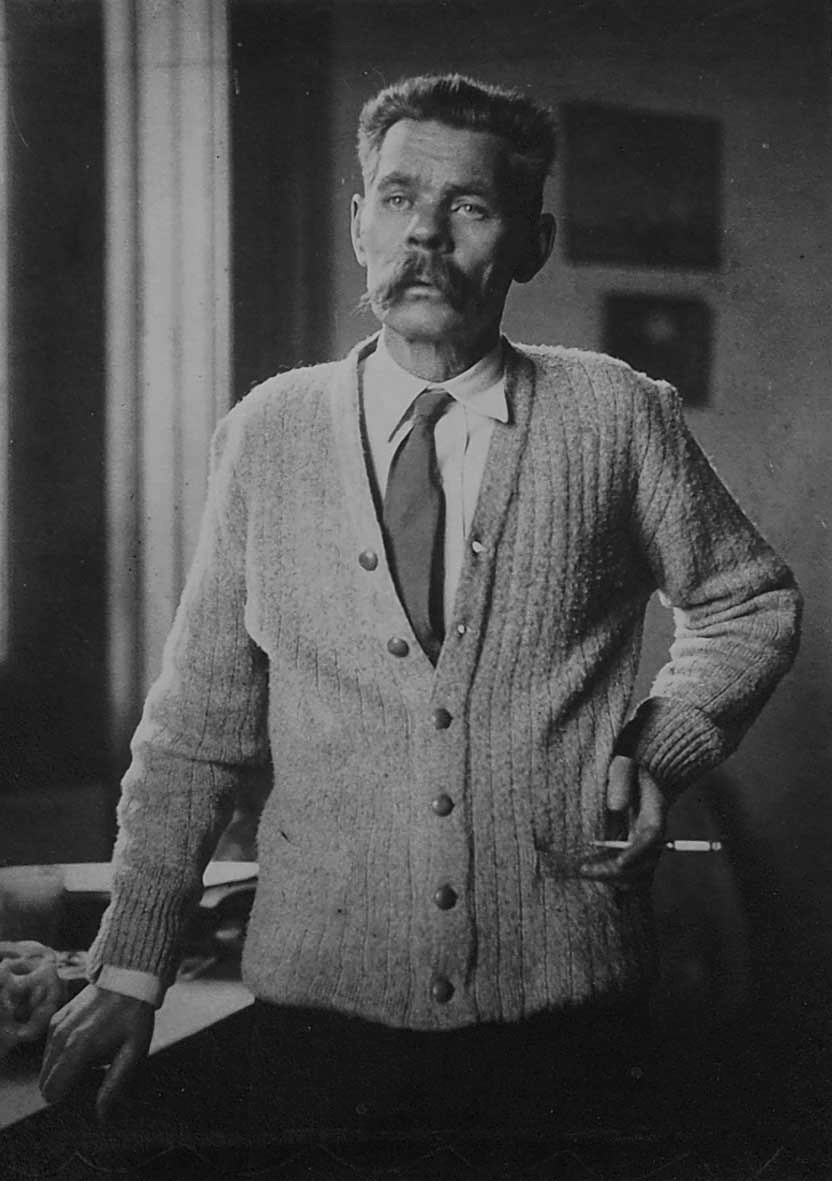 Provided by Wikipedia
Alexei Maximovich Peshkov (;, but most Russians say , which is therefore found in reference books.}}  – 18 June 1936), popularly known as Maxim Gorky (), was a Russian writer and socialist political thinker and proponent. He was nominated five times for the Nobel Prize in Literature. Before his success as an author, he travelled widely across the Russian Empire changing jobs frequently, experiences which would later influence his writing.

Gorky's most famous works are his early short stories, written in the 1890s ("Chelkash", "Old Izergil", and "Twenty-Six Men and a Girl"); plays ''The Philistines'' (1901), ''The Lower Depths'' (1902) and ''Children of the Sun'' (1905); a poem, "The Song of the Stormy Petrel" (1901); his autobiographical trilogy, ''My Childhood, In the World, My Universities'' (1913–1923); and a novel, ''Mother'' (1906). Gorky himself judged some of these works as failures, and ''Mother'' has been frequently criticized, and Gorky himself thought of ''Mother'' as one of his biggest failures. However, there have been warmer judgements of some less-known post-revolutionary works such as the novels ''The Artamonov Business'' (1925) and ''The Life of Klim Samgin'' (1925–1936); the latter is considered Gorky's masterpiece and has sometimes been viewed by critics as a modernist work. Unlike his pre-revolutionary writings (known for their "anti-psychologism") Gorky's late works differ with an ambivalent portrayal of the Russian Revolution and "unmodern interest to human psychology" (as noted by D. S. Mirsky). He had associations with fellow Russian writers Leo Tolstoy and Anton Chekhov, both mentioned by Gorky in his memoirs.

Gorky was active in the emerging Marxist communist and later in the Bolshevik movement. He publicly opposed the Tsarist regime, and for a time closely associated himself with Vladimir Lenin and Alexander Bogdanov's Bolshevik wing of the Russian Social Democratic Labour Party. For a significant part of his life, he was exiled from Russia and later the Soviet Union (USSR). In 1932, he returned to the USSR on Joseph Stalin's personal invitation and lived there until his death in June 1936. After his return, he was officially declared the "founder of Socialist Realism". Despite his official reputation, Gorky's relations with the Soviet regime were rather difficult. Modern scholars consider his ideology of God-Building as distinct from the official Marxism–Leninism, and his work fits uneasily under the "Socialist Realist" label. Gorky's work still has a controversial reputation because of his political biography, although in the last years his works are returning to European stages and being republished.