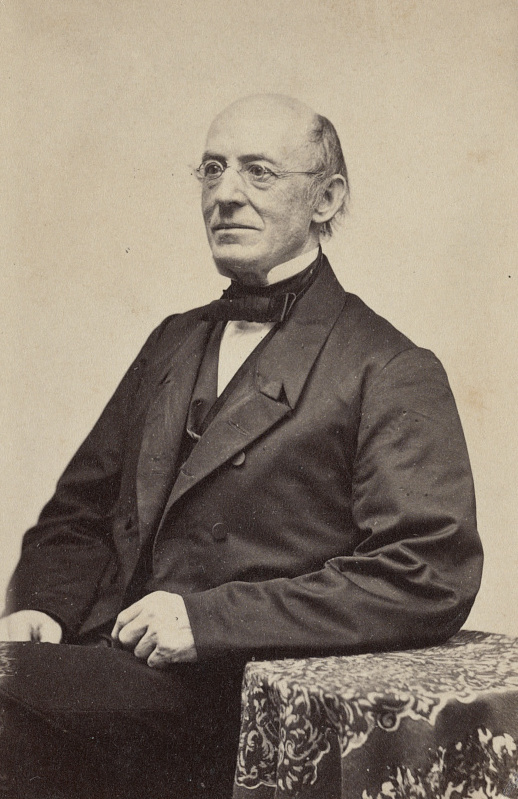 Provided by Wikipedia
William Lloyd Garrison (December , 1805 – May 24, 1879) was a prominent American Christian, abolitionist, journalist, suffragist, and social reformer. He is best known for his widely read antislavery newspaper ''The Liberator'', which he founded in 1831 and published in Boston until slavery in the United States was abolished by constitutional amendment in 1865. Garrison promoted "no-governmentism" and rejected the inherent validity of the American government on the basis that its engagement in war, imperialism, and slavery made it corrupt and tyrannical. He initially opposed violence as a principle and advocated for Christian nonresistance against evil; at the outbreak of the Civil War, he abandoned his previous principles and embraced the armed struggle and the Lincoln administration. He was one of the founders of the American Anti-Slavery Society and promoted immediate and uncompensated, as opposed to gradual and compensated, emancipation of slaves in the United States.

Garrison was a typesetter and could run a printing shop; he wrote his editorials in ''The Liberator'' while setting them in type, without writing them out first on paper. This helped assure the viability of ''The Liberator'' and also that it contained exactly what Garrison wanted, as he did not have to deal with any outsiders to produce his paper, except his partner Isaac Knapp. Like the other major abolitionist printer-publisher, the martyred Elijah Lovejoy, a price was on his head; he was burned in effigy and a gallows was erected in front of his Boston office. While he was relatively safe in Boston, at one point he had to be smuggled onto a ship to escape to England, where he remained for a year.

Garrison also emerged as a leading advocate of women's rights, which prompted a split in the abolitionist community. In the 1870s, Garrison became a prominent voice for the women's suffrage movement.